Children for the Oceans was represented at the #oneoceansummit.

At this summit, the extension and increase of Marine Protected Areas has been discussed and we hope that new regulations and agreements between governments will extend these MPAs, while taking into account the link between ocean and earth as well as the link between culture and nature.
Education is key!

The status of the Arctic area was also discussed as well as the necessity to allocate means and financial resources to scientists to keep on exploring this area to better protect it and to find an agreement between states and governments to protect this area, which is vital for the rest of the world.

Numerous calls for action from scientits were launched as here is no time for speeches and ACTION IS REQUIRED NOW!! 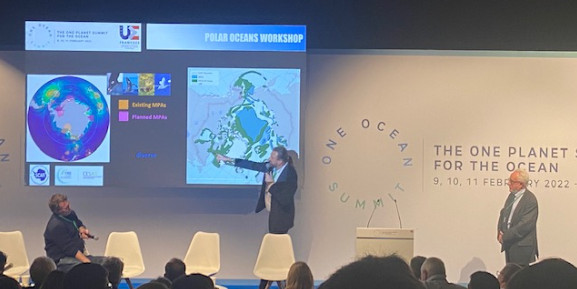 CHILDREN FOR THE OCEANS

JOIN US !Become a member